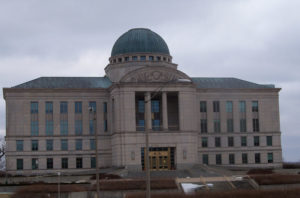 The Iowa Supreme Court will hear oral arguments today in a case that could lead the court to overturn a 2018 ruling on abortion.

Last year, Republican Governor Kim Reynolds signed a law that requires a 24-hour waiting period for abortions, but the law never went into effect due to a legal challenge. That challenge cited a 2018 ruling from the Iowa Supreme Court.

The court ruled back then that Iowa women had a fundamental right to an abortion under the state constitution. The make-up of the court has changed significantly since 2018, though. A majority of the justices have been appointed by Governor Kim Reynolds and her attorneys will argue today that the state’s highest court should overturn its previous ruling.

The U.S. Supreme Court will issue a ruling on abortion restrictions this summer. If the nation’s highest court upholds that Mississippi law, Roe v Wade — the 1973 decision that legalized abortion nationwide — could be overturned. It means the legal fights over abortion would then be waged in state courts.