You are here: Home / Sports / Two Hawkeyes honored by B1G 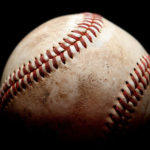 Iowa redshirt sophomore Adam Mazur and redshirt freshman Keaton Anthony earned Big Ten Conference baseball weekly honors. Mazur is the Pitcher of the Week and Anthony is the Freshman of the Week.

Mazur earned the distinction after dazzling in his Hawkeye debut against Air Force. The Woodbury, Minnesota, native allowed a first-inning solo home run to Falcon preseason All-American Paul Skenes, but that was it. The right-hander retired the next 16 batters he faced enroute to his first win.

The Perfect Game Preseason All-Big Ten selection allowed one run on one hit over six innings. He struck out nine without issuing a walk.

His three-run homer in the fifth gave Iowa a 6-1 lead and he added a solo shot in the seventh and an RBI double in the ninth.