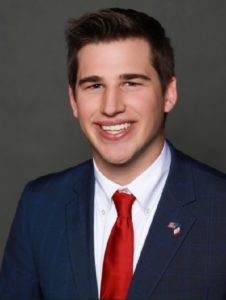 A bill to prohibit the state-run pension fund from owning stock in the parent company of Ben & Jerry’s ice cream has cleared the Iowa House and is tentatively scheduled for debate in the Senate today.

In July, the founders of Ben & Jerry’s announced their ice cream would no longer be sold in disputed territories in Israel. Representative Carter Nordman, a Republican from Adel, was the bill’s floor manager in the House. “The sole purpose of the ‘Boycott Israel’ movement is to economically destroy and cripple the State of Israel,” Nordman said during House debate of the bill.

According to Nordman, 38 other states have taken similar steps to ban state pension funds from owning stock in Unilever. The company bought Ben & Jerry’s two decades ago, but agreed to continue the ice company’s social missions. “This bill will ensure that our public investments are not funding companies that are participate in the boycott, divestment and sanction of Israel movement,” Nordman said.

“This bill is…to bully a company, a small American company that’s owned by a British company for making a choice to refuse to participate in what they feel and what the UN has declared is an illegal occupation of Palestinian territory,” Wolfe said.

In September, New Jersey and Arizona pension funds dumped $325 million worth of Unilever stock. In December, managers of Illinois pension funds voted to divest from Unilever.

Unilever is based in London and owns 400 different brands, including Hellman’s Mayonnaise, Axe body spray and Q-Tips.