You are here: Home / Education / Des Moines Superintendent to exit earlier than expected 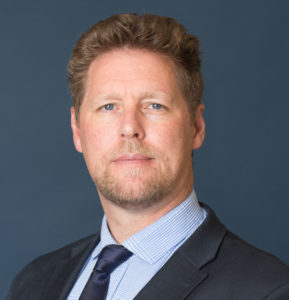 The superintendent of Iowa’s largest school district will be stepping down at the end of this school year – a year earlier than expected.

Last spring, the Des Moines School Board voted not to extend Superintendent Thomas Ahart’s contract beyond June 2023. Ahart now plans to resign June 30 of this year.

“Des Moines Public Schools is in a really good place right now considering especially the record low funding that we’ve had over the last decade,” Ahart said at a news conference late this morning, “and so I feel it’s a good time for me to take a step away to reevaluate where I want to go with my career.”

At the start of school in the fall of 2020, Ahart led the Des Moines district’s defiance of state rules requiring in-person attendance. Republican lawmakers reduced state support for the district in early 2021 in response.

“The last two years didn’t feel like two years,” Ahart said. “You know, it felt more like, you know, four or five years.”

Ahart told reporters the work has been “tough.” He sent school employees an email before the news conference to announce his departure, saying there’s “a fine line between a groove and a rut.”

Ahart has been the district’s superintendent since 2012. The school board will appoint an interim superintendent for the upcoming school year and conduct a nationwide search for Ahart’s replacement.