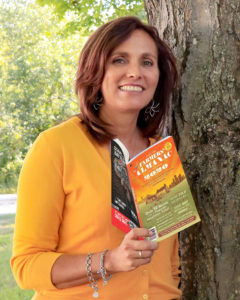 As we start the month of March, many Iowans are looking ahead to spring. Despite this week’s unseasonably warm weather, a prediction from the Farmers’ Almanac indicates winter will be holding on a little longer.

“Spring officially arrives on the calendar on March 20th, but it looks like it’s going to take a little time for it to warm up,” Duncan says. “However, overall it doesn’t look too extreme. We’re seeing pretty much average temperatures and normal precipitation in your neck of the woods.”

But, Duncan says to keep those boots and snow shovels handy as there is the possibility of a blizzard late in April.

“So just when everyone thinks winter is long gone, Mother Nature might throw us all a curve ball,” she says. The Farmers’ Almanac is predicting that once spring-like temperatures do settle in, we are likely to see slightly warmer-than-normal temperatures here in the Midwest.

“It’s going to be a little warmer in the northern half of the country — which includes your area — than it is in the South,” she says. “So some people might refer to this spring as a backward type of spring, but overall the Farmers’ Almanac is showing your area is going to have pretty much average temperatures. Starting off slightly cool, going back and forth and the possibility of a big storm at the end of April.”

Looking ahead, Duncan says much of the upper Midwest will experience a sizzling summer. The Almanac’s forecasts extend out from six to 16 months and they’re based on a formula established two centuries ago.

“It was set on a bunch of rules that we’ve altered slightly but we still consider a lot of the rules that our founding editor in 1818, we still follow them,” Duncan says. “They are rules that talk about sunspot activity, tidal action, the Moon, the position of the planets. They apply them to different weather conditions and they’ve been doing a pretty good job for us.”

She says those who follow the publication’s long-range outlooks say they’re 80 to 85% accurate.