You are here: Home / News / Iowa saw much less snowfall than normal during February, and it was colder 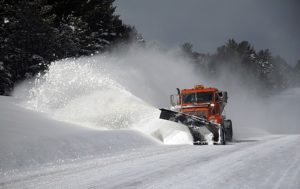 For Iowans who love building snowmen, going snow skiing or sledding, it’s been a lackluster winter as we’ve been lacking in snowfall.

State climatologist Justin Glisan says had snow during February, just not very much of it.

As for temperatures, Glisan says Iowa had a statewide average of 21-degrees in February, which is three degrees colder than normal. While we’ve been enjoying unseasonably warm weather in recent days, Glisan says not to be fooled as there’s still much colder weather ahead in March.

“We do see a signal for below-average temperatures but also an elevated probability of wetter conditions across the state,” Glisan says. “That would be great as we start ramp up the amount of rainfall that we get into the growing season given the drought conditions that we do see across the state.”