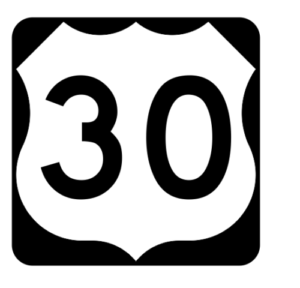 A coalition of Iowa cities along U.S. Highway 30 has hired a consultant to study the economic impact of widening the highway to four lanes in congested areas.

The U.S. Highway 30 Coalition is hoping a study of traffic flow from DeWitt to the edge of Cedar Rapids and from Ogden to Carroll could convince state officials to add lanes in those areas. Andy Sokolovich, the interim president and CEO of the Clinton Regional Development Corporation, says there’s a lot of truck traffic between Clinton and Cedar Rapids and additional lanes makes sense.

“To insure that these trucks can get to and from at a rapid rate, one,” he says. “Two, lower fuel costs for themselves because they’re traveling at a higher rate of speed — they’re not stopping and idling behind a tractor that’s trying to move from one farm to another. And three, really just to kind of open up the artery of transportation into the city of Clinton and surrounding communities.”

Communities in northern Iowa lobbied for years to make Highway 20 a four-lane expressway from Sioux City to Dubuque. The first four-lane stretch of Highway 20 was completed in 1958 and in 2018 — 60 years later — the project was done. Sokolovich says the state is only considering adding passing lanes every few miles along Highway 30 — and that’s not good enough.

The consultant hired by the U.S. Highway Coalition is studying four-lane expansion on a 45 mile stretch from DeWitt to Lisbon and the 44 miles between Carroll and Ogden. U.S. Route 30 — often called the Lincoln Highway — starts in New York City ends in San Francisco. It enters eastern Iowa at Clinton and exits 330 miles to the west, near Missouri Valley.

(Reporting by Herb Trix of WVIK in the Quad Cities)