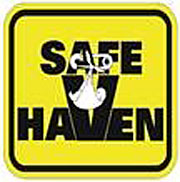 The Iowa House has unanimously voted to expand a law adopted two decades ago after a 17 year old who hid her pregnancy killed her baby.

The current “Safe Haven Law” allows a parent to leave an infant at a health care facility 30 days after birth and the parent will not be charged with abandonment. The House bill would expand that time frame to 90 days. Representative Mary Mascher of Iowa City said the three month time frame is a good compromise to update a law passed in 2002.

“During that time in Iowa, over 53 children have been surrendered to the State of Iowa by parents who felt that they could not care for those children,” Mascher said. “I look at each and every one of those children and the fact that we’ve had that law in place and it has made a difference in their lives, I’m hoping, for the better.”

Representative Anna Osmundson of Volga said the program has helped many women and children at critical times in their lives.

“There should be more done to bring awareness to the program, so perhaps during the interim we could work on this a little further,” Osmundson said.

The tragic case of an infant who was strangled and found abandoned in a snowbank in the town of Chelsea, Iowa, was the catalyst for Iowa’s Safe Haven Act. Texas was the first state to adopt a “Safe Haven” law in 1999 and now every state has adopted the policy. In seven states, the infant must be 72 hours or younger. Iowa is among 23 states that currently have a 30 day time frame.