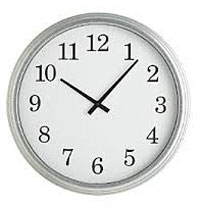 This will be the Sunday to “spring ahead” for Daylight Saving Time and a legislator who’s a vocal critic of flipping the clock twice a year has won another round of voting in the Iowa House.

For this year’s effort, Representative Mike Sexton of Rockwell City started out by reading passages from a medical journal.

Sexton’s bill to stay on Daylight Saving Time passed the House 82-13, but the move can only happen if congress votes to allow it. Nineteen other states have passed similar bills. Sexton has been trying for the past few years to get a bill on the topic through the Iowa legislature.

“The week that follows the time we change in the clock, we have accidents at work,” Sexton said this year, “teachers have student problems in their classrooms.”

Time in the United States was generally measured by the position of the sun or a prominent clock in a community until 1883. That’s when the railroads introduced “Standard Time” to keep time consistent in zones of the country. Daylight Saving Time was implemented during World War I as a way to conserve fuel.