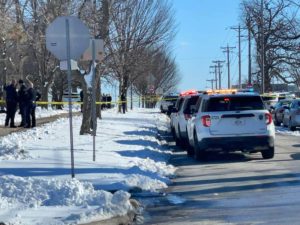 Investigators say shots were fired by multiple shooters from multiple vehicles. Officers searched five homes and six vehicles, recovering six firearms. The six suspects range in age from 14 to 17 and all six are charged with one count of first-degree murder and two counts of attempted murder.

Police say all six are from Des Moines but it’s unclear if they attended East High. The name of the 15-year-old boy who was killed remains withheld, while the 16-year-old girl is hospitalized in serious condition, and the 18-year-old woman is in critical condition.