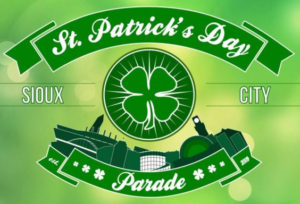 Those who are Irish — and those who celebrate with them every year on this day — are preparing for the return of the St. Patrick’s Day Parades. Sioux City’s parade is back after a two-year absence brought on by the pandemic.

Spokesman Kelly Quinn says a lot of people have signed up to participate. “I think we have probably more than we have ever had as far as floats. I think it’s going to be a good year — especially after taking two years off,” Quinn says.

He expects a big turnout for those watching the parade as well. “I think people are excited to just get out and about — plus St. Patty’s day is traditionally just a day for every to have fun and kind of let loose,” he says. The parade begins at 6 p-m and will travel the length of historic 4th Street through the downtown area.

Quinn says many local people of Irish heritage will be taking part in the parade, walking or riding on floats.