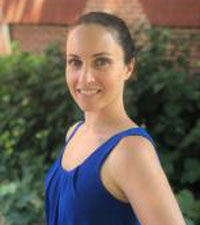 Iowa State University researchers are studying the production of blood stem cells in zebrafish in hopes of eventually growing cells to fight diseases like cancer and anemia in humans.

ISU’s Raquel Espin Palazon says she’s found inflammatory signals from cells — triggered by illness or an injury — which could be the missing ingredient to generate usable blood stem cells in a lab.
“We know they’re needed, but we just don’t know what they’re doing,” she says. “We don’t know when to add them.”

Finding a matching human donor to transplant healthy stem cells, which are formed in embryos, is extremely hard and scientists can’t yet generate quality cells in the lab. The team will start by studying zebrafish because their embryos develop externally and are transparent, plus, they share more than 70-percent of their genes with humans.

The research underway in Ames recently received a grant of around two million dollars from the National Institutes of Health.