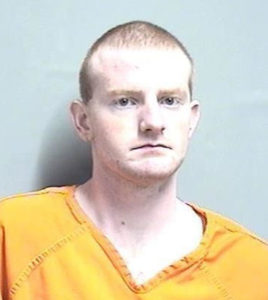 The Dallas County Sheriff’s Department says a man was shot after he tried to break into a home in rural Perry Sunday.

Dallas County Deputies and Perry Police Officers responded to a 911 call around 11 p.m. about a shooting and found 22-year-old Hunter Keasey of Dallas Center with multiple gunshot wounds.

They determined Keasey had been trying to break into the home and the owner fired multiple rounds at him. He was treated and released at the hospital and then arrested and charged with third-degree burglary, criminal mischief, and simple assault.

The sheriff’s department did not identify the homeowners, but did say they did not know Keasey.