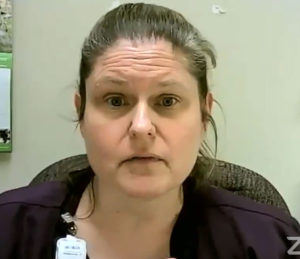 Iowa union member Dawn Shannahan is a teacher at the University of Iowa Hospitals and says both unions face many of the same battles. “Having a larger voice, joining with Minnesota, is going to help us so much,” she says.

Shannahan says they can now share resources. “That means that we can collaborate even more and it allows us to have even more power. And more power is going to allow us to fight and win — not only for our workers here at the hospital — but workers across the state of Iowa,” Shannahan says. 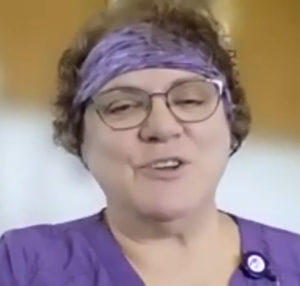 Barbara Stanerson was the president of the Iowa union and now becomes of vice president of the newly merged organization. “What I feel is the most important thing we were going to get out of this merger is that it is reassuring workers in Iowa that we are not alone in this fight,” according to Stannerson.

Stannerson says she also believes the merger will go beyond current members to help others.
“Who also have been struggling with Iowa’s anti-labor laws,” Stannerson says. “Our goal is to build a strong union so our members’ safety and economic security are no longer ignored. The playing field will become more level — because when we do better — everybody does better.”

Mayo, HealthPartners, and Mercy One have facilities in both Minnesota and Iowa. Iowa SEIU 199 had 5,000 members before merging with Minnesota SEIU — which has 45,000 members.