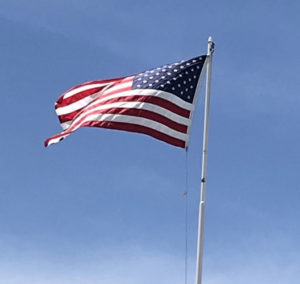 It’s also a chance for immigrants who’ve been here a while to update their civics knowledge. Alejandro Murguia-Ortiz will teach the short course. He says he wants the class to allow for deeper understanding of what it means to be a citizen, outside of an exam, and to truly empower new citizens.

Murguia-Ortiz says, “We’re hoping to create a space where we can really dive deeper into, ‘Now that I’m a citizen, or now that I will still be a citizen, what are my rights or how can I be involved as a citizen?’”

The class is called “Citizens 201: Democracy in Action.” Murguia-Ortiz says he’s spoken with people in citizenship classes who are eager to learn more outside of studying for a test.

“It’s directly in response to those conversations, those questions, and the fact that there typically isn’t time in those classes to dive deeper into those things,” he says. While the citizenship exam is more national in scope, participants in the new class will learn how to be active in more local events and elections and know their rights as a U.S. citizen. Citizenship 201 will be held Thursday at the North Side Library in Des Moines.