You are here: Home / News / House panel votes to boost pay for workers who care for disabled Iowans 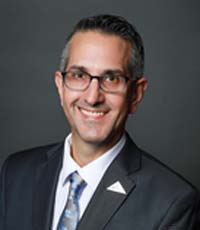 A House committee has approved a plan to hike the pay for providing in-home care for Iowans with disabilities.

The move comes as a federal review is expected to call for moving residents with disabilities out of state institutions in Glenwood and Woodward — and into home and community-based settings. Republican Representative Joel Fry of Osceola said the House GOP budget plan sets aside $14.6 million for that effort.

“I’m hopeful that that shows a genuine intent on the legislature to the federal government that we are serious about getting individuals into the communities well cared for,” Fry said, “and making sure the services exist in the communities for them.”

Representative John Forbes, a Democrat from Urbandale, said under this plan, it appears direct care workers could be paid about $3 an hour more. “It gets them up in the $16, maybe $17 an hour range in some cases,” Forbes said.

But while Forbes and other Democrats say they support the pay increase for direct care workers, but they voted against the more than two billion dollar budget plan for the state’s public health and human services agencies. Democrats object to a COVID-related proposal added to the budget bill. It would let Iowa doctors prescribe a medication primarily used to treat parasites as an experimental treatment for patients on a ventilator or who are terminally ill.

Some Republican legislators say they’ve heard from family members who tried unsuccessfully to get ivermectin for loved ones hospitalized with COVID. A recent study found early use of the drug by high risk hospital patients with COVID did not stop them from being seriously ill.