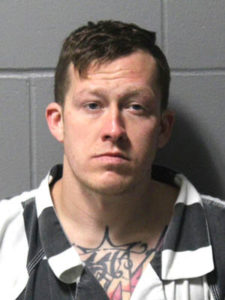 A Norwalk man has been charged with killing another man who was found dead after an apartment fire in Clinton last Saturday.

Earlier this week, the State Medical Examiner conducted an autopsy and determined 41-year-old Dustin Christopher Doran had died by homicide. Doran is a former resident of Newton. An online obituary says he died at his home in Clinton.

Thirty-year-old Trevor Ward  has been charged with first-degree murder and first-degree arson.  State court records show he has 14 previous convictions on simple and aggravated misdemeanor charges. According to Clinton County records, Ward was arrested Saturday — the same day as the murder — and charged with public intoxication and assault causing bodily injury.

According to a news release from Clinton County officials, firefighters responding to a 911 call quickly put out the fire in Doran’s apartment in Clinton last Saturday and found his body inside the residence.