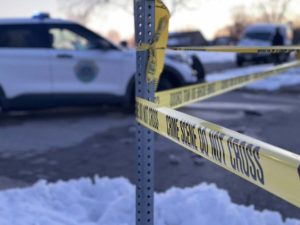 Four more young men between the ages of 16 and 18 have been arrested and charged with murdering a 15-year-old outside a Des Moines high school.

Six other teenagers were arrested shortly after the March 7th shooting that killed Jose Lopez-Perez and injured two others. Des Moines Police say through interviews with suspects and their friends and video camera footage from homes near East High School, they were able to identify more people in the three vehicles involved in the drive-by shooting.

Police say 27 shots were fired from six different guns at the crime scene.