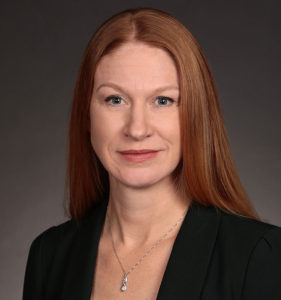 Republicans in the Iowa Senate have voted for the governor’s plan to provide state scholarships for low and middle income families — to cover private school expenses for 10,000.

Senator Amy Sinclair, a Republican from Allerton, said it is “elitist at best and borderline racist at worst” to deny the choice of a private education to the poor among us.

“Those who have the means and the desire to send their child to non-public schools, you know what? They’re already doing it. This bill does not target them,” Sinclair said. “…For this body to deny the choice of education for any child based on the ability of their parents to pay, that should be considered criminal.”

Households with an income at or below 400% of the federal poverty level could apply for the money. For a family of four, the cut off would be a maximum income of about $110,000 a year. Sinclair said “this bill matters” for parents who’d get to move their children out of a public school that’s not a good fit.

Senator Jeff Taylor, a Republican from Sioux Center, said some parents feel like their values are under attack in public schools. “The money, the control, the loyalty I think primarily has to be to parents and children of Iowa, not to particular systems of education,” Taylor said.

One Republican senator from a rural area and all the Democrats present in the Senate tonight voted against the plan. Senator Kevin Kinney, a Democrat from Oxford, said there are no private school options in most rural areas.

“Parents and kids in rural Iowa do not benefit from this bill,” Kinney said.

Senator Jackie Smith, a Democrat from Sioux City, said public tax dollars should be used for public schools. “Until we’re willing to provide adequate funding for the public systems, we should not create a private school entitlement program that will inevitably grow and will never disappear,” Smith said.

Senate Minority Leader Zach Wahls, a Democrat from Coralville, sid taxpayer dollars shouldn’t be directed toward private schools that can reject student applicants for any reason.

“It would be like using taxpayer dollars to pave a road that the public can’t drive on,” Wahls said, “or a pool that our kids can’t swim in.”

There is an impasse among Republicans on taxpayer funded private school scholarships, as the proposal has stalled in the Republican-led House. On Tuesday night, the House passed an education bill that outlined measures that would give parents more options to monitor what their child is reading or seeing at school. Some of those ideas were incorporated in the bill that passed the Senate tonight.