You are here: Home / News / Bill cracks down on rules that ban fireworks sales in commercial, industrial zones 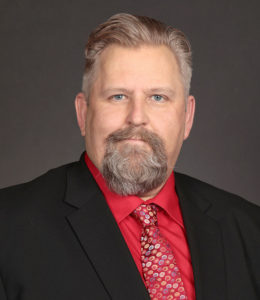 Republicans in the Iowa legislature have passed a bill to ban local government ordinances that restrict where fireworks may be sold in commercial or industrial zones.

Republican Senator Mike Klimesh of Spillville said some cities are trying to use “spot zoning to do an end run” around the law that legalized the sale of fireworks in Iowa.

Senator Tony Bisignano, a Democrat from Des Moines, unsuccessfully argued that cities should have the authority to regulate where massive amounts of explosives may be sold. “This is a safety issue,” Bisignano said. “I don’t know what else to say.”

Bisignano pointed toward the windows of the Iowa Senate, toward downtown Des Moines, which is a commercial zone.

“I mean we have hotels, we have kids walking around all over the place, visitors and so forth,” Bisignano said. “I don’t think that you want to put a fireworks stand down on Court Avenue.”

Representative Cindy Winckler, a Democrat from Davenport, said she gets more complaints about fireworks than most any other topic. “The city does need and citizens expect that they have some local control in regard to this,” Winckler said.

Fireworks may be sold in Iowa in the weeks leading up to the 4th of July holiday and in the winter around Christmas and New Year’s celebrations. Klimesh said the restriction on local zoning for fireworks doesn’t do away with requirements that fireworks businesses have to be licensed by the state and prove they are insured.

“It’s the law of Iowa that fireworks are legal,” Klimesh said. “…Not allowing fireworks pop up tents, specifically in areas that are zoned industrial or commercial — this just doesn’t allow cities to make that determination.”

The bill passed the House a week ago and Republicans in the Senate sent the bill to the governor yesterday. Reynolds has signed 44 bills from the legislature into law so far this year.