You are here: Home / News / Iowa native working with Ukrainians fleeing to Romania 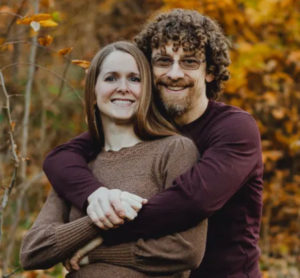 An Iowa native and his wife have joined efforts to welcome refugees from Ukraine into neighboring Romania. Tim Bailey, a Webster City native, is a Christian missionary who’s part of a group called Youth With A Mission.

“We have teams in Hungary, Slovakia, Poland, Romania — countries around Ukraine — who are helping place refugees, get refugees out and bring aid into Ukraine,” he says. “We also have teams in Ukraine.”

Bailey says his colleagues are helping get much needed supplies to desperate areas of the county. Bailey and his wife have lived in Romania for 10 years and have made connections with people on both sides of the border with Ukraine.

“It’s heartbreaking on so many levels and there’s such a variety of situations and people,” he says. “I mean there are people who have fled. Their husbands had to stay behind and others are in safer parts of western Europe and others said: ‘No, I’m going to go fight.'”

Bailey says some of the refugees know their homes in Ukraine have been destroyed, while others have no idea if they have a home to return to.  “Every single family is in a different heartbreaking situation,” he says.