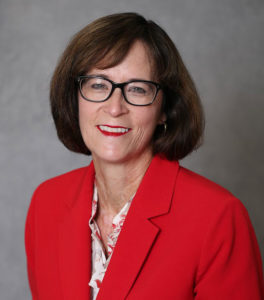 Iowa Workforce Development Director, Beth Townsend, says there were a lot of positive numbers in the monthly data. “We saw more people return to the workforce, we saw fewer people who were unemployed, every single county in Iowa had a decline in their unemployment rate — which is really good news,” Townsend says.

She says there are several things that have helped drop the unemployment rate. “The weather is getting better, so we are seeing a return to work for a lot of our occupations that have to go inside or not work during the cold weather. So, I think it is a combination of factors,” she says. The number of people seeking work also increased in February.

Townsend says some of the current economic factors also play a role. “I’m sure inflation and the high cost of gas have something to do with driving people back into the workforce — because that hits all of us where we live,” according to Townsend. “And then I just think we’ve been working really hard as an agency with the reemployment case management system to get people who file for unemployment get back into the workforce in the shortest time possible by helping connect them to all of the great jobs that are out there right now.”

Democrats have criticized the job numbers, saying it includes people who have to hold two jobs because the jobs aren’t paying enough. “No, we’re not seeing that. And historically the number of people who work more than one job …. it’s less than ten percent, it’s probably less than five percent,” Townsend says. “I know that is a common talking point — but the reality is at least in Iowa — that number of people who hold two jobs is very, very low.”

Townsend says the demand for workers is a major factor as well. “This is a buyers market if you are looking for work, and we’ve seen a steady increase in wages for employers to be able to attract a workforce — so I think that has a lot to do with it. Everywhere you go in town, everybody has a ‘we are hiring’ sign out,” Townsend says.

Iowa’s seasonally adjusted unemployment rate fell to 3.5% in February from 3.7% in January. The was down from the 4.4% jobless rate one year ago in February.