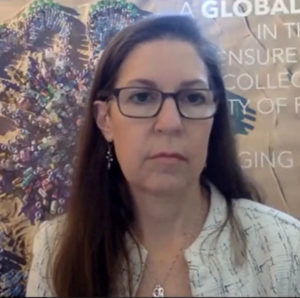 Iowa’s popular Bottle Bill appears to be headed for major changes — or it may wind up on the trash heap.

Key negotiators for House and Senate Republicans say the bottle and can redemption system has nearly collapsed and without adjustments this year, reform will likely shift to repeal in 2023. Under a plan that could be debated in the House this week, grocery stores would be able to opt out of the redemption process. Susan Collin, president of the national Container Recycling Institute, said that would make it harder for consumers to find places to take their empty containers to get their nickel deposits back.

“In short, this bill would turn what was a deposit into a fee for consumers who would be increasingly inconvenienced and de-incentivized from returning their containers and receive their rightful deposit back,” Collins said during an online news conference. “Meanwhile, distributors would get to keep additional unclaimed deposits as a windfall.”

The wholesale distributors that deliver cases of beer, pop and alcohol to Iowa stores will keep an estimated $44 million in deposits that aren’t claimed this year. Collins said the state should make it as easy as possible for consumers to get back the deposit they pay on each container.

“Consumers are just the ones left in the lurch here,” Collins said.

All but one Republican in the Iowa Senate have passed a bill to increase the fees paid to redemption centers and let retailers out of participating in the bottle and can redemption system. Senate Republican Leader Jack Whitver said it’s the first time in more than four decades a bill to make changes in the law has made it this far.

“We understand that there are some people that don’t like the Bottle Bill, but there are a lot of Iowans that do,” Whitver said, “and if it’s going to survive long term, we have to make some tweaks to it.”

House Speaker Pat Grassley said there are ways to make the program work long term that are included in the plans being discussed by lawmakers. “I think we’ve made as much progress in the legislature this year than we have in my time that I can remember in my time in the legislature and probably before that, so we want to make sure we do this right,” Grassley said. “We want to be able to negotiate with the Senate, find some common ground.”

Democrats say the GOP plans under consideration this year will kill the Bottle Bill and reward grocery and convenience stores that have failed to follow current law and pay deposits on empty containers.