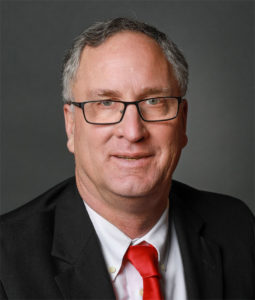 The Iowa legislature has approved a tax break for the aircraft industry. The bill creates a sales tax exemption for aircraft parts and labor to repair planes.

Representative Lee Hein of Monticello says many states, including all that surround Iowa, do not assess a sales tax on airplane parts and labor.

Representative Charlie McConkey is a pilot from Council Bluffs. “It’s very expensive to certify aircraft for air worthiness,” McConkey says. “In order to do that, there’s a lot of downtime and a lot of maintenance that has to be done.”

Community colleges in Council Bluffs, Ottumwa and Waterloo offer programs for students seeking FAA-approved certification as an aircraft maintenance mechanic. Representative Chris Hall of Sioux City says Western Iowa Tech in Sioux City hopes to start one soon, as a way to boost use of the Sioux City airport.

“The more take-offs and touch-downs that you have from your runway, the better support long-term in federal support you will have for your airport,” Hall says, “and for so many of those community airports, it’s also a lifeline for families to see one another and for commerce.”

Senator Liz Mathis of Cedar Rapids says Kirkwood Community College plans to launch a similar program in the fall of 2023.

Senator Dan Dawson of Council Bluffs says the state spends a lot of money supporting community colleges — and airplane maintenance training — and it makes no sense for Iowa to have a tax environment that ultimately sends graduates out of state.

The bill passed with the support of 140 of the legislature’s 150 members and is headed to the governor for her signature. According to an estimate from the Legislative Services Agency, the owners of the 3300 aircraft registered in Iowa may save up to $10 million from this sales tax exemption. Some Iowans fly their planes to other states for maintenance to avoid the Iowa sales tax on parts and labor.