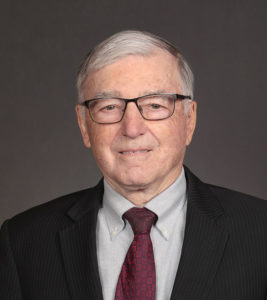 A bill that would strengthen penalties for crimes against Iowans who are 60 or older has cleared its final legislative hurdle this week.

The bill creates new criminal penalties for emotional abuse and neglect of elder Iowans. The bill also deals with alleged cases of fraud.

“The bill establishes a crime of financial exploitation of an older individual,” said Senator Julian Garrett of Indianola, “and this occurs when a person who is in a position of trust abuses that trust to misuse the assets of the older individual.”

Representative Dustin Hite of New Sharon said in 13 years as a lawyer, he’s seen cases of “hucksters” and even family members taking advantage of elderly Iowans.

“What this bill does is it says to those people who are looking for vulnerable victims: ‘Not here,'” Hite said. “…When somebody when somebody picks on the most vulnerable of Iowans, they deserve a harsher punishment.”

The bill has been a top priority for AARP for several years. It won unanimous approval in the House and Senate and is headed to the governor for her approval.