You are here: Home / News / Cedar Rapids holding vigil for those impacted by fatal nightclub shooting 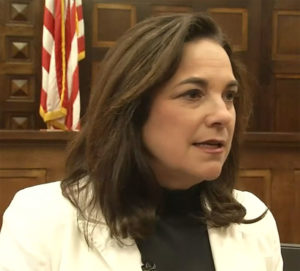 The city of Cedar Rapids is holding a vigil tonight after the shooting at the nightclub this past weekend that left two people dead and ten injured.

“We have a community that is not used to this tragedy,” she says. O’Donnell says this is an opportunity for them to provide a space to heal. “One of them called me in tears and just said, you know, I’m a really active person in this community, I like to go out and do stuff. I was almost at the club Saturday night. Is this, how it’s gonna be? And it broke my heart to hear him say that because this is an engaged, positive, lifelong member of our community who’s questioning his safety,” O’Donnell says.

Kara Grafft works at Harambee House in the Wellington Heights community. She describes it as a one-stop-shop for people in the area who have experienced trauma. Grafft tells KCRG TV that this is something that will stay with the 150 people who were in the club.

“Other stories will come along so that will take our attention, but for the people that were there and experienced this….when that gets quiet it doesn’t get quiet for them you know that might be when things really settle in for them or they really start to struggle with the after effects of it,” according to Grafft.

Grafft has this advice for those dealing with the aftermath of the shooting. “Surround yourself with a positive network as much as you can kind of stick to a routine get good sleep take care of yourself,” she says.

Mayor O’Donnell says supplying the positive network is part of their job. “As a city, we have a role to play in helping to heal and move our city forward, whatever that looks like,” O’Donnell says. The Cedar Rapids “Vigil for Community Healing” is tonight at 7:00 inside the Veterans Memorial Coliseum on Mays Island.