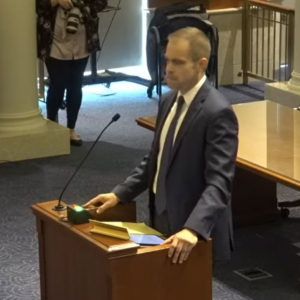 Iowa Supreme Court justices are being asked to resolve a question that has sparked a legal challenge and has the potential to boot Democratic U.S. Senate candidate Abby Finkenauer from the June Primary ballot.

“Does a signature on a nominating petition missing a date get to be counted?” Attorney Sam Langholz asked the justices during a hearing this afternoon.

Langholz argued the list of disqualifying errors in one section of Iowa law does not mention the date on a petition’s signature line. Langholz represents the State Objection Panel, which allowed three nominating signatures for Finkenauer that had a zip code instead of a date, had the wrong date and had no date listed at all. 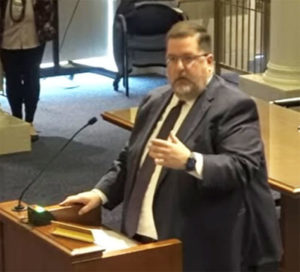 Alan Ostergren is the attorney representing two Republicans who challenged those three signatures, arguing there’s another section of state law which says a date is required on the signature line.

“Ordinarily these cases don’t reach this court because ordinarily candidates file more signatures than they need to and that’s why we’re here. You don’t come in right at the line,” Ostergren said. “Inevitably some signatures are not going to county.”

Gary Dickey, an attorney for Finkenauer’s campaign, was asked by a justice if the two Republicans who filed the challenge had legal standing to do so. “Before the district court, they didn’t allege any injury…They didn’t claim they’d register as a Democrat,” Dickey said. “What is their personal interest in the judicial review?”

The court has not indicated when it might rule on the case. State election officials say the printing deadline for the Primary ballot is Monday at 5 p.m., so absentee ballots can be mailed by April 23rd to overseas voters. If the Supreme Court’s decision doesn’t come before then, the district court ruling that knocked Finkenauer off the ballot will be in force.

Finkenauer is one of three Democrats who’ve been running for a change to face Republican Senator Chuck Grassley in the General Election. Mike Franken and Glenn Hurst have been cleared to have their names printed on the Primary ballot.