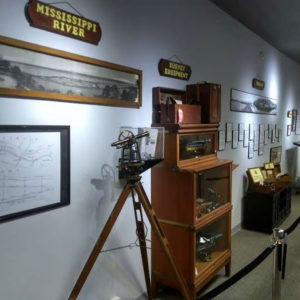 A museum in southeast Iowa that features artifacts from the first dam built across the Mississippi River will reopen as soon as next month.

The Keokuk-Hamilton Dam Museum on Main Street in Keokuk initially opened in November of 2019, but closed a few months later because of the pandemic.

Kirk Brandenberger, executive director of the Keokuk Area Convention and Tourism Bureau, says the museum had visitors from 25 states and three foreign countries during that short time.

“People are waiting for it to be back open, again, so they can come to see it and learn more about the lock and dam,” he says. “A lot of people have a connection.” The museum reopened in April of 2021 but was forced to close again in August when a neighboring building was condemned.

The condemned building has since been demolished and the site was cleared. The original dam is now part of Lock and Dam Number 19. The U.S. Army Corps of Engineers owns and operates the lock, which helps ships and barges navigate the upper Mississippi River.