You are here: Home / Education / UNI has whole house dedicated to teaching about dementia 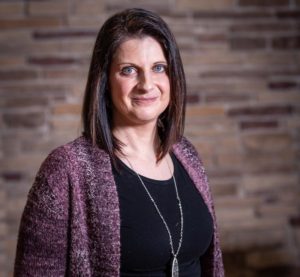 The University of Northern Iowa’s gerontology program now has an entire house near campus where they can run a dementia simulation.

Gerontology professor Elaine Eshbaugh says she has never heard of another simulation with the entire house — though there are some portable simulations.

“So it might be like you have a briefcase with some gear and you take it to a nursing home, or a conference room and you allow people to use that gear and do tasks,” Eshbaugh says. “That’s wonderful. It’s especially wonderful because you can take at different places and, you know, expose different people to dementia simulation. This is really different because it’s a home-like environment.”

She says the environment is key in teaching about the lives of dementia patients.

“What most people don’t realize is that four out of five people living with dementia — they live in the community just like you and I do. They live in a house, they live in an apartment, they live with friends or family or by themselves,” she explains, “So, this is a realistic portrait of what it’s like to have dementia.”

Eshbaugh says those who go through the house are given gloves, glasses, and headphones to simulate having dementia.

“The headphones are specially designed to stimulate your auditory senses and how they might interpret sound if you have dementia, and we simulate the vision changes that might occur that actually are changes in the brain,” according to Eshbaugh. “So what happens is your brain becomes less able to accurately digest the information that you’re receiving through your senses.”

Eshbaugh says it shows what friends, family members, and patients with dementia deal with every day.

“You know when we say this is your house you’ve lived for 20 years, and the people who come in are like ‘wait I’ve never seen this house before,’ and then we say hey exactly that’s kind of the point. Because I have people with dementia who wake up every morning in a space that is unfamiliar to them even though they might have lived there for 30 years,” she says.

Eshbaugh says they have nurses and doctors go through the house along with family and friends. She wants to see even more people who may come into contact with someone dealing with dementia go through it too.

Up to four guests may go through each 45-minute session. Eshbaugh said the sessions are continuously full, bringing in 30 to 40 people each week. She says she originally was hoping to just get two dorm rooms to use for the simulation, so this has worked out great to have the full house.