You are here: Home / News / Iowa Democrats hear from top of the ticket candidates 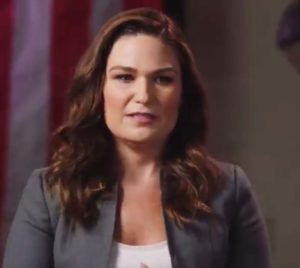 The Iowa Democratic Party’s candidates for governor, U.S. Senate and congress rallied with about 600 activists at a party fundraiser this weekend.

“Every single time I have been a Democrat on the ballot, I have gotten more votes and overperformed Democrats above us who had more money,” Finkenauer said. “…I am the only federal Democrat to win Dubuque County since 2014.”

Mike Franken of Sioux City, a retired Navy admiral, told the crowd he’s running to “dial down the political temperature” in the country.

“We elect leaders more interested in representing a political party than our communities,” Franken said. “We glorify them. We plant our flags. We pray for demagogues…We distrust more easily and we judge more quickly.”

Glenn Hurst, a physician from Minden, said if Democrats want to beat Grassley, they need to nominate a “prairie progressive” like former U.S. Senator Tom Harkin.

“That’s the type of candidate that wins in Iowa,” Hurst said, “and I am happy to be the only progressive in this race.”

Candidates in all four of Iowa’s congressional districts spoke to the crowd. Congresswoman Cindy Axne of West Des Moines, who is seeking a third term in the House, was the closer for the group.

“I’ve been literally standing in the face of incredible opposition for the last four years now,” Axne said. “Nobody thought I was going to flip this seat, but not only did I flip this seat, I held it last (election) against every single odd in this state and I plan on doing it again.”

Some of the evening’s loudest applause came when speakers praised teachers — and criticized Republican Governor Kim Reynolds for proposing to send state tax dollars to parents who enroll 10,000 children in private or religious schools. 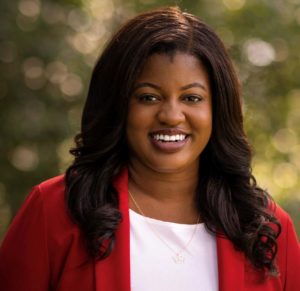 “100% of our students need our governor’s attention right now, today, and she’s only focused on 2%,” Deidre DeJear, the Democratic candidate for governor, said. “That’s unreasonable.”

“She has become very focused on her national brand, her national image. She wants to be a Trumper,” Konfrst said. “…She’s auditioning for a Fox News gig or a VP slot and none of that is good for Iowa.”

A spokesman for the Republican National Committee said Iowans “know who really represents their values and beliefs” and who’s “pushing a far-left agenda.”