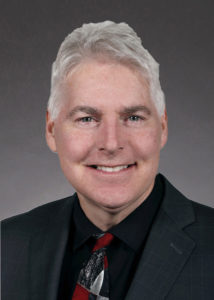 Republican legislators have approve a bill that would let Iowa child care providers ask parents who get state money to cover child care fees add onto that with their own money.

Under the bill, parents in Iowa’s child care assistance program could agree to pay the difference between the state subsidy and what would typically be charged to parents who do not get government assistance for child care. The bill is one of the recommendations from the governor’s child care task force.

Democrats like Senator Sarah Trone Garriott of Windsor Heights say it makes no sense, since Iowa parents who qualify for child care assistance live at or near the poverty level.

“These are working parents who don’t have an extra dollar,” Trone Garriott said, “let alone an extra $100 a week per child to make up the difference.”

“I mean just last week we had a bill where the governor wanted gas stations across our state to sell E15 and what did the legislature do? It provided money to gas stations to sell what the governor wanted them to sell,” Pedersen said. “If we want to fix the workforce problem in our state, we know we need child care, but why are we putting it on the backs of working parents?”

Senator Carrie Koelker, a Republican from Dyersville, said Iowa taxpayers cannot fill all the holes in the child care system.

“I’m a mother of four and when I had my children it was my responsibility to provide them with a quality life and it was my decision on what child care center I brought them to. It was my job, if I wanted to bring them to child care centers, that I needed to provide a living and go out and work for that,” Koelker said. “I didn’t expect that on the backs of the taxpayers.”

House Republicans passed the bill in early March and it cleared the Senate today with the support of all Republicans present.