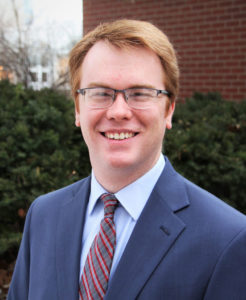 A doctoral student at Iowa State University is gathering signatures to challenge budget cuts that would cause the history department to end its graduate program.

Michael Belding says the program has a unique focus on rural history as well as agriculture, technology and the environment. Belding says ending it would mean lost expertise on topics that are central to Iowa’s culture and economy.

Belding says, “Based on the facts and based on the facts at other institutions, we know that ISU’s department becomes a lot more generic, a lot less focused on stuff that Iowans need.” Kevin Mason, an ISU history alum and a professor at Waldorf University in Forest City, is one of more than 60 alumni who have signed the petition.

Mason says cutting the program would be shortsighted because Iowa State is one of the top universities training experts in rural and agricultural history. “And a lot of that work has to do with being at one of the premier agricultural universities in the world,” Mason says, “and I think that’s an important piece of it that’s different than anywhere else.”

Iowa State is looking to make up for lower enrollment and increased costs by cutting  $15 million  overall from the budget of the College of Liberal Arts and Sciences by 2026. The cuts range from around $70,000 in computer science to nearly one million in history.