You are here: Home / Agriculture / World Food Prize winner a farmer and scientist 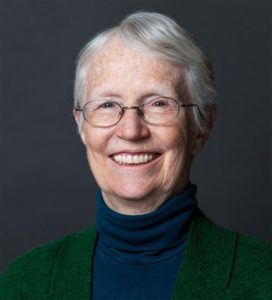 The winner of the 2022 World Food Prize is a senior research scientist at the NASA Goddard Institute for Space Studies.

World Food Prize President, Barbara Stinson, made the announcement today. “I am so pleased to announce that the 2022 World Food Prize Laureate is Doctor Cynthia Rosenzweig  of the United States,” Stinson says. The Food Prize was created by Nobel Prize winner Norman Borlaug, and is based in Des Moines.

Stinson says Rosenzweig has been involved in agriculture for several decades.  “An agronomist and a climatologist, she has been a leader in the field of food and climate since the early 1980s, when she carried out some of the first studies on how climate change would impact food production in North America,” Stinson says. “She quickly escalated this work and elevated to Global Studies incorporating economics, social research, using agricultural science and climate modeling to better understand and predict trends.”

She says Rosenzweig’s work has provided the evidence used by thousands of decision-makers in more than 90 countries to both mitigate and adapt to climate change in local, national and global food systems
)”Her work as lead and co-lead author on international assessments contributed to science our scientific foundation of the UN Framework Convention for climate change,” she says. “Her research directly supports work in more than 20 countries to develop national adaptation plans and to determine their contributions.”

Rosenzweig is a New York native and her late husband got started in agriculture while living in Italy. They returned to New York and started a farm where they grew sweet corn, Indian corn, and cucumbers for pickling.

“As a farmer herself our laureate understands the importance of centering farmers in agricultural research as both the most important beneficiaries of the research and custodians of practical indigenous knowledge,” Stinson says. Rosenzweig is the 52nd person to receive the World Food Prize. She will receive the $250,000 prize at a ceremony at the Iowa State Capitol on October 21st.