You are here: Home / Crime / Courts / Trial underway in death of State Trooper 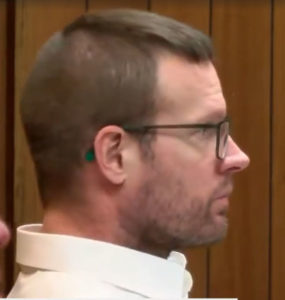 During opening arguments streamed by KCRG TV, prosecutor Douglas Hammerand described how Smith and other officers entered Lang’s garage to arrest him. He says that’s when Lang turned on Smith with a shotgun.

“By the time Sergeant Smith saw him, he yelled ‘gun, gun’ and then you hear bang, bang,” Hammerand says. He says Lang shot Smith again before Smith could be pulled away. “Then as he’s laying on the ground, we hear another bang. The defendant shot him again with the slug through his leg — it went through his back calf,” he says.

Lang’s defense plans to use the state’s Stand Your Ground law and will argue Lang shot Smith in self-defense.