You are here: Home / Human Interest / After fast sell-outs and big money, a 3rd Ukraine bake sale is Sunday in Des Moines 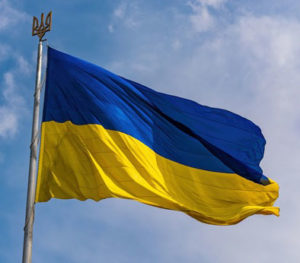 A new nonprofit group will host a bake sale in central Iowa this weekend to help pay for medical needs and refugee services for Ukraine’s fight against Russia.

Organizers initially planned just two bake sales, one each in Ames and Des Moines, but due to popular demand, they decided to host one more in the capital city. Kayla Pippitt is vice president of Iowans for Ukrainians.

“Both bake sales, we sold out so quickly,” Pippitt says. “Some of the Ukrainian-American folks were there for the second bake sale, and they saw how quickly they went. And they were like, ‘We can make more next time,’ and all of us are kind of like, ‘Is there going to be a next time?’ and now there is.”

The sale started with Shalika Khindurangala, who’s from Ukraine. She sold a few baked goods in Ames and raised around $5,000 for her homeland. Later, she and a friend hosted a bigger bake sale in Des Moines, and raised $12,000. Khindurangala decided a third event would be the topper.

Khindurangala says, “When we win, and I think we will, I want them, those people who bought like this one baked good, when they see on the news that we won, be like, I contributed to that.”

The bake sale will be Sunday at the Easter Seals Rec Center in Des Moines. Organizers say the crowd favorite is the popular Kyiv cake.