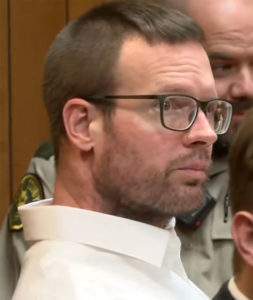 The Grundy Center man found guilty of shooting and killing an Iowa State Patrol Trooper will be sentenced in June.

A Jury took around two-and-half hours of deliberation earlier this month before finding 42-year-old Michael Lang guilty of first-degree murder in the death of Patrol Sergeant Jim Smith last April in Grundy Center.

Lang was also found guilty of attempted murder, and assault on a peace officer in connection with the standoff. He will be sentenced to life in prison on June 27th.