You are here: Home / News / Price tag for expansion of Iowa hygienic lab balloons by millions 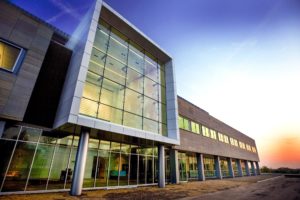 The Board of Regents Facilities Committee approved an updated cost proposal for an addition to the State Hygienic Lab in Coralville that is funded by the CDC.

“It was estimated at 10 million and the budget was established at 10 million dollars. The bids were received it was a competitive bid, but the bids came in high,” Lenhertz says. He says inflation and other factors impacted the bid.

“Market pricing and construction materials availability, shipping challenges, and now more recently — fuel aluminum things that are central to what is coming out of Russia. And so we’re seeing our construction industries tested,” according to Lenhertz.

He says federal officials have approved the increased budget.

“The best news in this revised budget — asking for approval for an additional two-point-two million dollars to meet those bids — is that the C-D-C will still fund 100 percent of the project. Agreeing that the project (cost increase) was because of the market challenges,” he says.

Lehnertz says the new building is needed to handle the larger volume of testing brought on by the pandemic. The budget change will come before the full Board of Regents for approval today.

Construction is required to be completed by June of 2023.