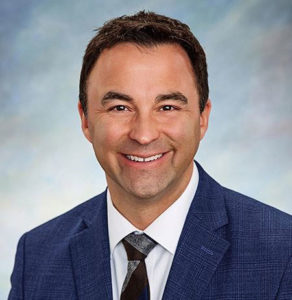 Following a fatal shooting in Dubuque over the weekend, that city’s mayor hopes to join with dozens of his counterparts in drafting a gun control resolution that will be forwarded to Congress.

Dubuque Mayor Brad Cavanagh is attending the U.S. Conference of Mayors, underway in Reno, Nevada, and says many cities across the nation are being plagued by deadly shootings.  “This issue of gun violence is one that it’s beyond time to have this conversation about what we’re going to do about this,” Cavanagh says. “Whenever someone dies in your city, especially at the hands of someone else through gun violence, it is tragic.”

Cavanagh says when an organization like the U.S. Conference of Mayors makes a statement on an issue as important as gun violence, federal officials will listen.  “I actually do have optimism that something is going to change,” Cavanagh says. “The bottom line in the United States is, we can’t put up with this forever. We just simply can’t live this way.”

The conference is gathering more than 180 mayors from across the U.S. Cavanagh, a Dubuque native, was elected to the mayor’s office last November and says he’s getting the opportunity to network with other mayors to learn what things work — and don’t work — in communities of all sizes.

“The thing on city councils, especially in Iowa is, whether you have a ‘D’ or an ‘R’ behind your name is not what matters,” Cavanagh says. “What you want to do is serve your constituents and serve the public, and we take an oath to do that. I think that this is something that we will be able to change and there are changes that have to be made to make sure that we live in a safer society.”

Surveillance video from a backyard barbeque reportedly showed Evans shooting Jackson three times in the head. Evans is charged with first-degree murder and is being held on a one-million dollar bond.