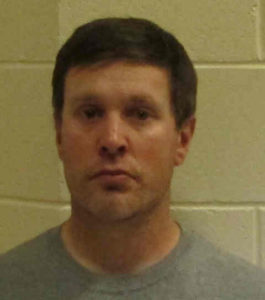 The Iowa Department of Public Safety says Klint Bentley of Fairbank is charged with extortion, non-felonious misconduct in office, and accepting a bribe.

DPS says Bentley stopped a woman for speeding on February 4th in rural Buchanan County and asked her to show him her breasts — implying she wouldn’t get a ticket if she did.