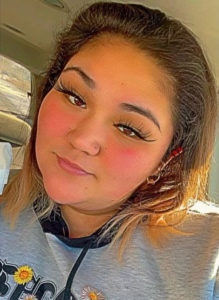 Police were called about 9:30 p.m. to an area along the Des Moines River near the Robert Ray Asian Garden and the Iowa Women of Achievement pedestrian bridge. Officers found the body of 21-year-old Elizabeth Arzola with a gunshot wound. She died at the scene.

A handgun was also found close-by. Investigators say it was likely a “targeted incident” and there is no danger to the public. No arrests have been made in Des Moines’ ninth homicide this year.