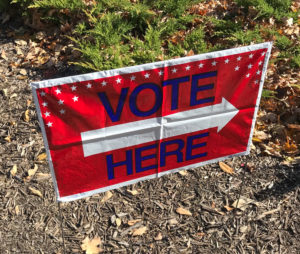 Tens of thousands of Iowans have cast absentee ballots for today’s Primary Election. Secretary of State Paul Pate has the latest numbers.

“We’re about 65,000 early voting. That is above 2018 numbers, so that, to me, is a good indicator that people are paying attention,” Pate told Radio Iowa. “I don’t know if it’ll be as high as the past presidential cycle, but for a non-presidential election year, I think it’s pretty good.”

Iowa set an all-time primary election participation record of nearly half a million voters in 2020 — during the pandemic when many voters opted to cast absentee ballots rather than vote in person. Pate isn’t making predictions about turnout for this year’s Democratic and Republican Primary Elections.

“Democrats and Republicans both have primaries in the U.S. Senate race. We have quite a few legislative primaries here and there across the state, so I think there’d be motivation to see a higher turnout, but my crystal ball is not that clear enough
to give you a hard number.” Pate said

Iowans voting in-person today should double-check their polling location, as some have changed. That’s because of the once-every-decade process that has redrawn the boundaries of legislative and congressional districts.

“It’s why you hear us talking about having a voting plan, checking your voting site, checking the secretary of state’s website to know where you’re going or call your county auditor because we want to make sure you’re comfortable in knowing where you’re supposed to be doing that voting,” Pate said.

Republican lawmakers shortened the time period for requesting an absentee ballot and the Iowa Capital Dispatch is reporting 461 voters in four of Iowa’s largest counties missed the deadline. Pate said he doesn’t have any statewide data, but isn’t surprised by those numbers from Polk, Linn, Scott and Black Hawk Counties.

“I did expect that we’d see some of that. It’s going to probably take another election cycle to get people used to this,” Pate said, adding that county auditors have systems in place to notify voters if they didn’t make the absentee ballot request deadline and those voters have been able to vote in person at the county auditor’s office — or they can vote in-person today at their local precinct, “so they won’t be shut out.”

“It could be something as simple as a water pipe burst,” Pate says. “In another incident, they moved a site because there were some other activities going on that were putting a lot of traffic congestion at a polling site so that people couldn’t readily access it, so we just basically moved it to the other side of a building, but it’s a technical thing and we want to make sure we handle it properly because the last thing we want to do is confuse a voter about having them go to the wrong spot and then find we moved it, so we want to be very sensitive in how we handle that.”