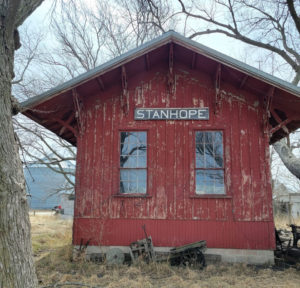 The central Iowa community of Stanhope is raising money to move a 140-year-old train depot from a Hamilton County farm back to town.

Rick Young is chairman of the Hamilton County Supervisors and says the historic building will soon be returned to its original home. “The depot has been cared for for 40 years by the Carlson family, and we’re so thankful that they did that, otherwise it would have ended up like a lot of train depots that towns had, they’re long gone,” Young says. “Really, they’ve kind of ended their time with it and it’s a good time to move it back.”

Young says there are many costs involved with moving the depot, then putting it on a foundation and buying a piece of property — perhaps $122.000 total. Efforts are being made to make it easy for anyone, anywhere to donate to the effort. 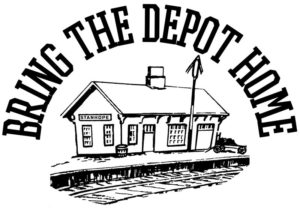 “Any gifts of money will be made tax exempt, so they can get a tax credit for their gift,” Young says, “and they’ll also be able to pay online through a link on the Stanhope Depot Facebook page.” For as old as the structure is, Young says it’s in great shape.

“The depot itself is very well, it’s sturdy, secure,” Young says. “The Carlsons put a new roof on it a few years ago so it’s in very decent condition, very worthy to be saved.” So far, $7,500 in pledges have been made for the project. If everything goes according to plan, the depot will be moved next summer.