You are here: Home / Crime / Courts / Death of Newton woman at Oskaloosa hospital under investigation 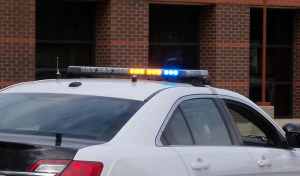 Authorities are investigating the suspicious death Saturday of a Newton woman at an Oskaloosa hospital.

Officers with the Oskaloosa Police Department, along with agents from the Iowa Division of Criminal Investigation are investigating the death of 28-year-old Alison Cooper of Newton. An autopsy is being conducted by the state medical examiner’s office to determine the exact cause and manner of Cooper’s death.

During the investigation, law enforcement arrested 35-year-old Brandon Slobe of Oskaloosa for narcotics violations without incident. Slobe has been charged with possession with intent to deliver marijuana, unlawful possession of prescription drugs, and failure to affix a drug tax stamp. Officials say the situation poses no known threat to the public.