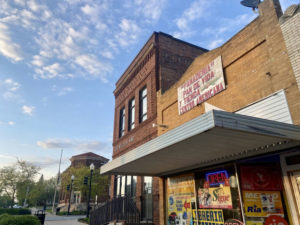 The president of the Denison chapter of the League of United Latin American Citizens, Alma Puga, says she organized the festival as a way for immigrants of all backgrounds to share their cultures.
“Immigrants are pretty much the reason why our town is still here. I mean, without immigrants I don’t think we would have good sized town,” she says.

The 2020 census showed more than a third of the community is foreign-born. Puga says in recent years she’s seen a growth in the immigrant community – with residents from Sudan, Laos, and Central American communities. Patty Ritchie is helping organize the event. She says it will be a chance to highlight all the different languages and customs that makeup Denison.

She says she wishes more Iowans understood the amount of diversity the state holds. “I think that they see us as just a meatpacking plant community. And what they don’t understand is that we’re so much more. We are cultivative. We are blossoming in culture,” Ritchie says.

The event will also serve as a fundraiser for a scholarship fund for Latino seniors at Denison High School. Ritchie hopes the festival can help them increase the number of students who receive financial aid.

The festival will feature everything from cultural dances to a parade to the unveiling of the community’s newest mural. It’s a work of local art that reads “Immigration is Beautiful.”