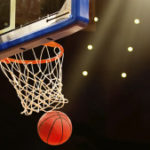 This will be the third overall meeting between the two programs. The Hawkeyes cruised to an 85-67 victory over the Yellow Jackets at Carver-Hawkeye Arena in the second year of the Challenge in 2000. Georgia Tech edged Iowa (79-78) in the second round of the postseason NIT in Iowa City in 2003.

The Hawkeyes return five of their top seven scorers from last year’s Big Ten Tournament championship team. Iowa won 26 games, second most in a single season in program history, and tied for fourth in the conference standings last season.