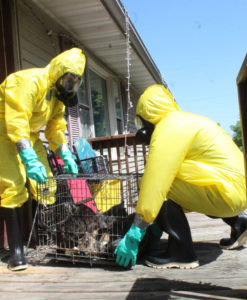 Three people have now been charged after several animals said to be in poor condition were removed from a Storm Lake residence last Friday.

Officers captured and removed 50 cats and two dogs from the home, and they were transported to a local animal hospital for evaluation and treatment. Some of them had to be euthanized due to illness.