Iowa Congresswoman, Ashley Hinson, a Republican from Marion, is fighting the Biden administration’s plan to cancel student loan debt. Hinson says about 13% of the U.S. population would benefit at the expense of the other 87%.

“This would be paid for by those who chose not to go to college or those who worked hard to pay back their loans already and did not have this,” Hinson says. “It’s simply not fair to be asking truck drivers, linemen, bartenders, electricians, and plumbers to pay for someone else’s degree.”

She says its a key topic of discussion among residents of her district.”I hear these questions and concerns across the district all the time. So instead of supporting and promoting career pathways to good paying jobs and trades, the Biden administration is essentially telling these hardworking Americans, Hey, you made the wrong choice. And now you have to pay for everyone else to go to school,” according to Hinson. “American families are worried about a lot of other things. They’re worried about paying for gas and for groceries, but we want to force them to pay off someone else’s degree.”

Hinson is a co-sponsor of the student loan Accountability Act that would prohibit the administration from forgiving outstanding student loans. Hinson says her parents put away money for years, and she got scholarships, so she was able to go to school, and graduated debt-free. 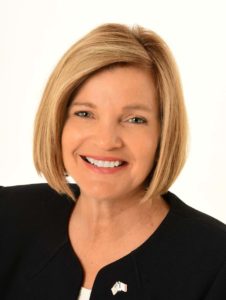 Hinson’s Democratic opponent in November State Senator Liz Mathis of Hiawatha agrees student loans shouldn’t be forgiven. Mathis told the Cedar Rapids Gazette she used student loans and so did her kids to go to college.

Mathis said in a statement. ”The cost of higher education is way too high, and we must do more to train people for the good paying jobs we need to fill here in Iowa. I have worked in the state Senate to bring down the cost of college and increase access to skills training. This proposal from the Biden administration solves neither problem. More blind spending is not a solution.”