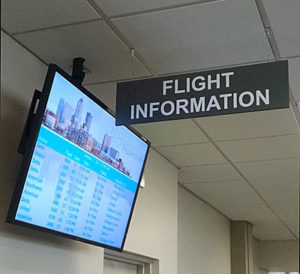 The U.S. Department of Transportation has announced five Iowa airports are splitting $27 million in grants to improve passenger terminals.

The Eastern Iowa Airport is getting $20.4 million to expand its passenger terminal. The funding will complete the project to modernize parts of the Cedar Rapids airport that serve commercial passengers.

The Dubuque Regional Airport is getting $1.3 million and that will help pay for improvements to its terminal for passengers.

The money comes from the bipartisan infrastructure bill Congresswoman Cindy Axne and Senator Chuck Grassley supported. Axne, a Democrat from West Des Moines, says this investment in Iowa’s airports will help ensure safety and efficiency for pilots, passengers, and cargo and bring more good paying jobs to Iowa. Republican Senator Grassley says it’s critical that airport infrastructure be kept up to date to maintain a resilient supply chain and a healthy economy.