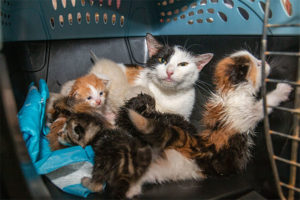 A Rolfe woman has been arrested by the Pocahantus County Sheriff and charged in connection with the removal of animals from her home in June.

The Animal Rescue League of Iowa says it removed cats and one dog from the home of 51-year-old Jennifer Sproston on June 28th. She is now charged with 34 counts of animal neglect.

ARL says the animals were in a “hot filthy house” with no food or water and feces and urine covered the floors. The organization says the animals are continuing to recover and are doing well.