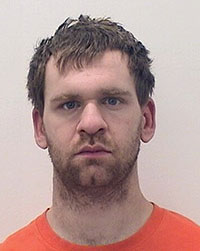 The man accused in the murder of a coworker at the Prestage Foods plant in Wright County has an August 9th trial date set.

Twenty-six-year-old Lukouxs Alan Brown of Fort Dodge entered a written plea of not guilty to the charge of first-degree murder on Wednesday in Wright County District Court in Clarion. Brown also demanded a speedy trial.

Brown was arrested February 16, 2021 after 50-year-old Wayne Smith of Fort Dodge was found dead in the employee locker room of the Prestage Foods facility south of Eagle Grove. Brown has spent much of the last 18 months at the Iowa Medical and Classification Center at Oakdale undergoing restoration treatment after Wright County District Court Judge Gregg Rosenbladt ruled that Brown was not competent to stand trial in April of 2021.

Last February, there was some doubt that Brown would see a trial when the treating psychiatrist at the Oakdale center filed a report stating that “the defendant is not competent to stand trial and after extended restoration effort in not a candidate for continued restoration.”

The prosecution motioned for a second opinion and after hearing testimony from several psychiatrists, on June 17, Judge Rosenbladt ruled that Brown is in fact competent to stand trial. If convicted of the charge, Brown faces a mandatory sentence of life in prison.